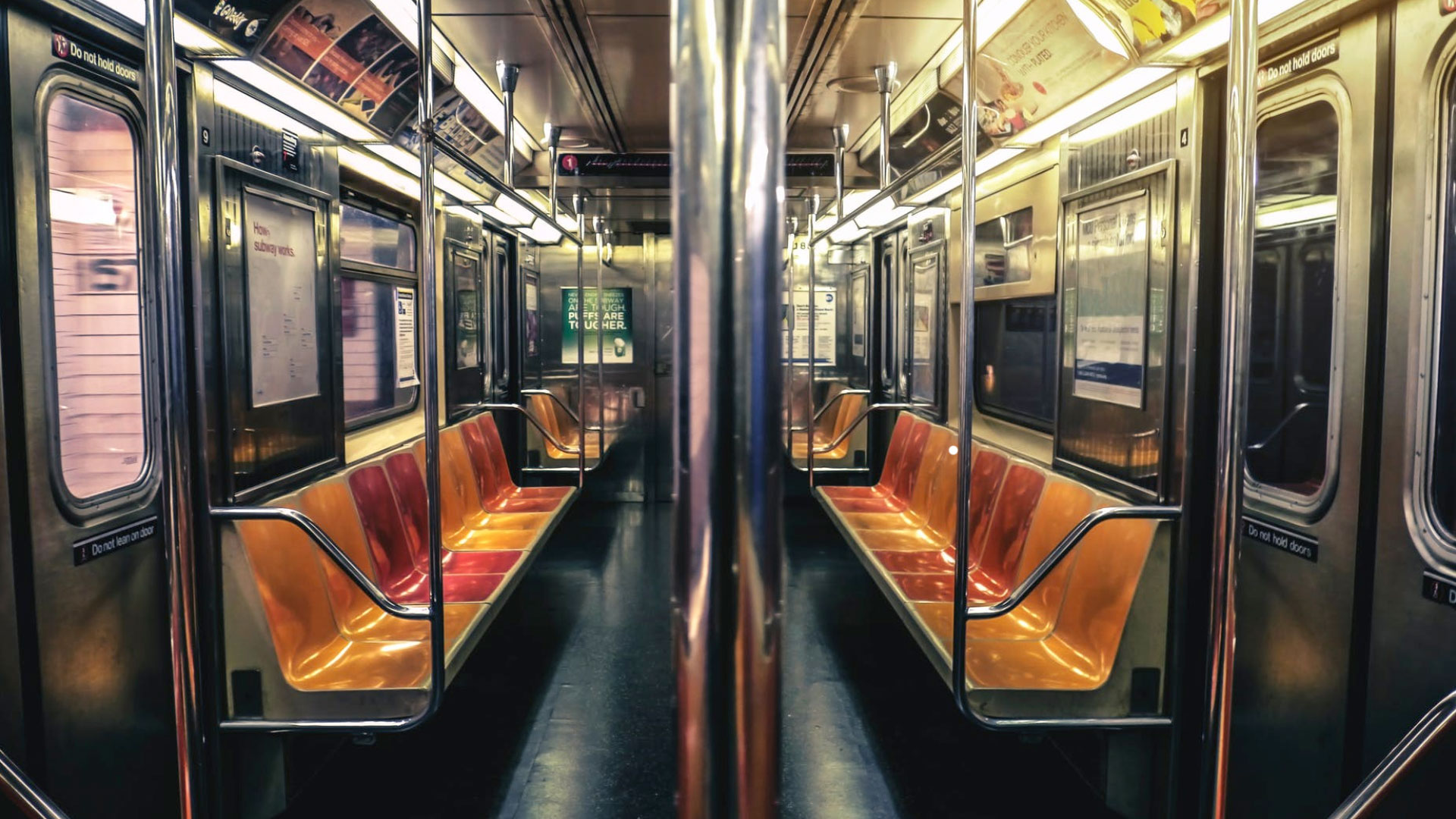 The Urban Exodus Is On

The overall housing trend since the Financial Recession has been people deciding to move to the city for work and a better lifestyle. The economic decline of 2007-2009 naturally led people to urban centers, where work is more prevalent. As the recovery matured, however, younger workers and people looking towards retirement both increasingly sought cities for additional benefits of a city:

Since an abundance of work and all of the other three elements are more prevalent in cities, this marked a trend toward urban areas.

The recent pandemic crisis will most likely slow down and possibly reverse this trend to move to urban areas and rent a home (apartment), have a short commute, enjoy the many amenities of the city, use public transportation or uber, and be close to friends. The post Covid-19 world will be a period in which urban areas will represent unsafe proximity to other people and heightened risk of disease. In order to reduce risk, many people will want to move away from urban areas and live in a situation in which they can have some separation from crowds of people. This will mean an increase demand for single-family housing outside cities.

A Harris Poll conducted at the end of April found, “Nearly one-third of Americans are considering moving to a less densely populated area because of the novel coronavirus outbreak, according to a Harris Poll survey released Thursday. By the numbers: 39% of urban dwellers said the COVID-19 crisis has prompted them to consider leaving for a less crowded place....18- to-34-year-olds were more likely than other age groups to say they’re considering a move. Urban residents (43%) were more likely than suburban (26%) and rural (21%) residents to report having recently browsed real estate websites for homes or apartments to rent or buy, per the survey.”

The executive director of the Houston-based Urban Reform Institute, Kotkin, argues that cities were already in trouble. And in the age of social distancing, he says, dense cities particularly have a lot going against them. "How do you open up an office with expensive real estate if people have to be six feet apart? How are you going to have a city dependent on subways if you're going to have any social distancing at all?" he tells CNN. "People will continue to move more into the periphery and into smaller cities, where basically you can get around without getting on (public) transit." 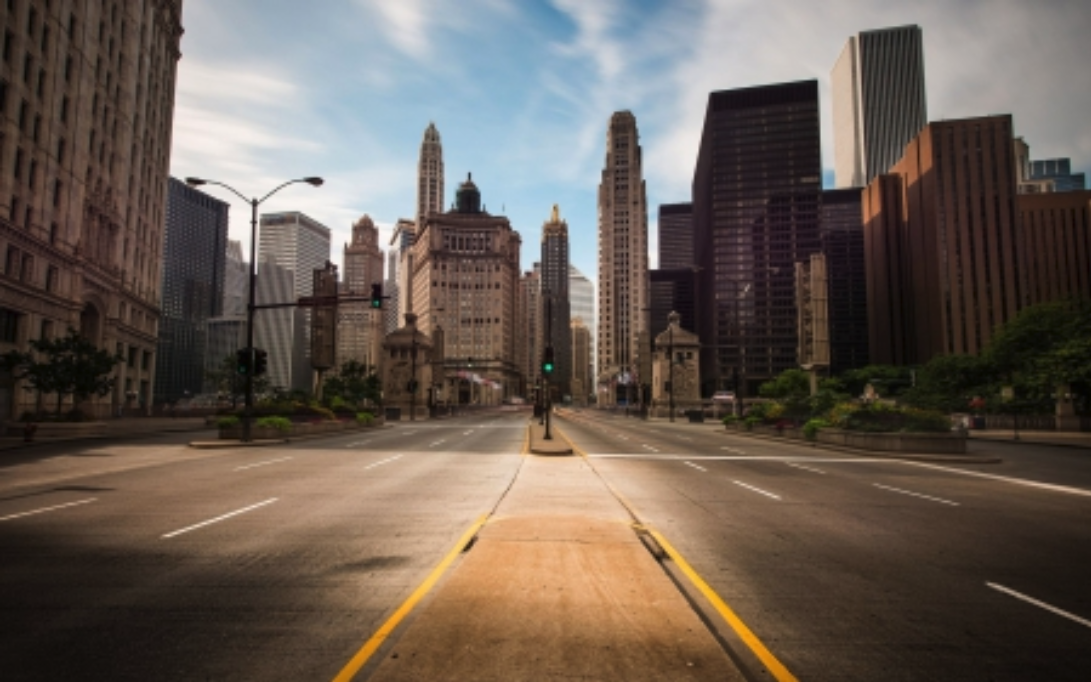 What's more, she says, another pre-pandemic trend is intensifying: the rise in working remotely. That could play an even bigger role in reshaping the housing market going forward, says Skylar Olsen, senior principal economist at Zillow. Already, millennials were increasingly turning to suburbs, smaller cities and places on the periphery because they'd largely been priced out of buying in big cities. "If we can provide another option like remote work, then people can make new, different decisions," she says. "Your job and your home used to be tied together in a way that we're all learning they might not have to be."

“Many of those transplants are already angling to buy. Unsure about whether their children's city schools will open in the fall, and enjoying home offices that are more than just a corner of a foyer, the suburbs are suddenly more appealing, brokers said.” New York Times

Lifelong New Yorker Chloé Jo Davis never imagined leaving her beloved city -- until now. "If here we are in New York City, and the reasons we're here, the reasons we're willing to sacrifice all the basic sort of life benefits that a lot of people have...is for the art, the culture, the diversity, the neighborhood camaraderie," she says. "And now, without that, what do we have? We're stacked in boxes."

A New York Times article on May 8, 2020 stated, ““For some New Yorkers, it’s time to get out of town for good. Cooped up and concerned about the post-Covid future, renters and owners are making moves to leave the city, not for short-term stays in weekend houses, as was common when the pandemic first arrived, but more permanently in the suburbs…there’s also a sense that in today’s era of social distancing, one-person-at-a-time elevator rides to get home and looping routes to avoid passers-by on city streets has fundamentally changed New York City.” 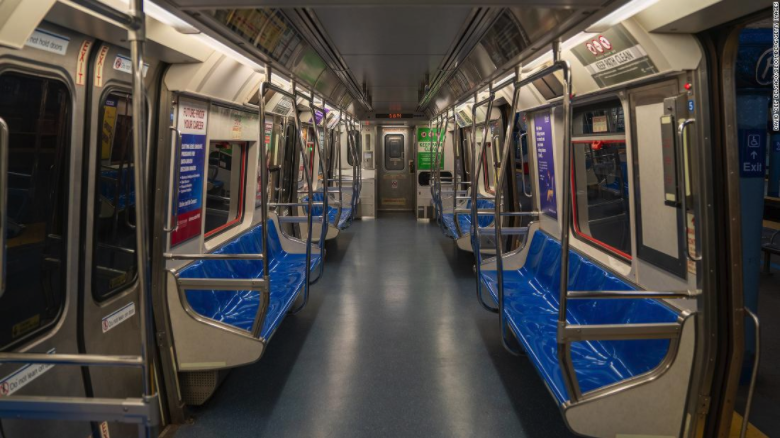 History shows examples of disease altering living choices. After a cholera epidemic hit the city in the 19th century, for example, people began to move from lower Manhattan to other neighborhoods -- if they could afford to. "You start seeing the marketing of land based upon the experience with disease. ... You start seeing land actually being advertised as healthful or unhealthful." - David Rosner, co-director of the Center for the History and Ethics of Public Health at Columbia University.

A similar pattern evolved after 9/11. The New York Times stated, “Between 2001 and 2002, Manhattan swung from a net gain in migration of 7,538 new residents to a net loss of 8,171, according to census figures from the website Social Explorer, at least some of which can be attributed to people relocating after the terrorist attacks.”

The trend toward cities that had existed from 2009 to 2016 was already changing.

People flocked to urban areas after the Financial Recession because that is where the work was. In the past few years, however, there has been a reversal of this trend. “…the new Census Bureau estimates documenting annual population change through July 2019 make plain that any decade-wide growth for large metro areas and urban cores is heavily front-loaded from the beginning of the decade, as growth has diminished in recent years.” – Brookings Institute. The charts below show a slowing of population growth into urban areas and an uptick in the growth of non-metropolitan areas. 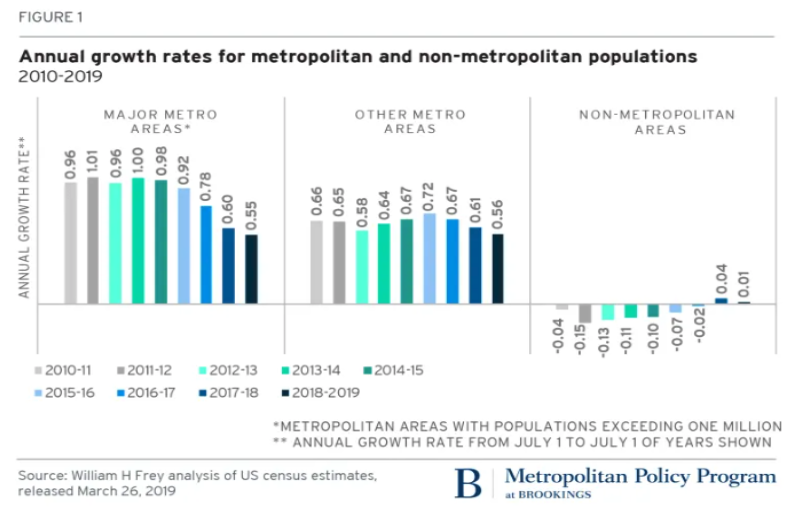 The first chart below shows that the move to urban areas has been a constant for the past 60 years. A closer look at more recent shows that the move away from rural areas accelerated during the financial recession as people needed to travel toward the work centers of the U.S. Although the growth of urban populations was still greater, the upward turn in rural growth in the past 2 years is evident in the second chart below. This is the trend that will most like slow or be completely reversed by the pandemic. 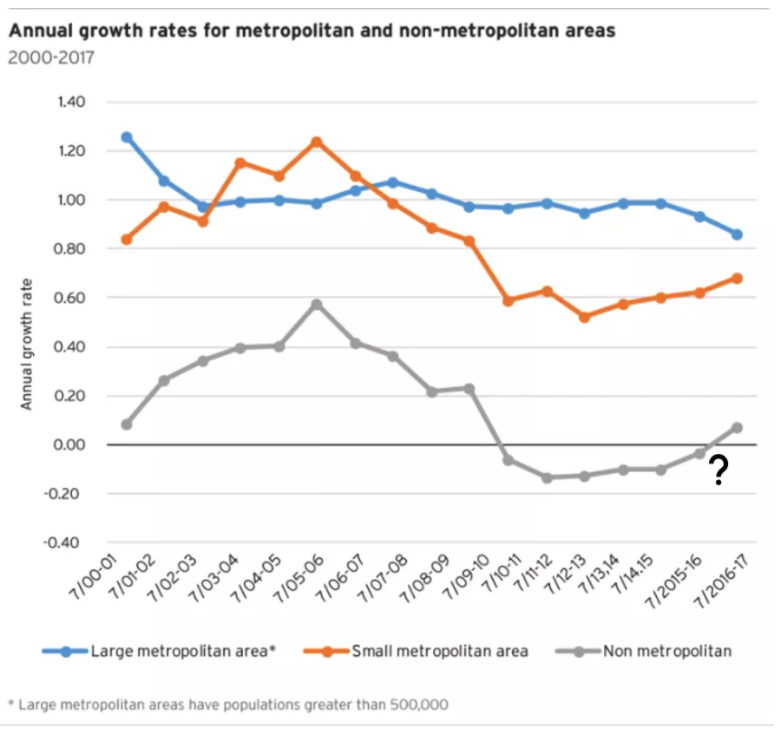 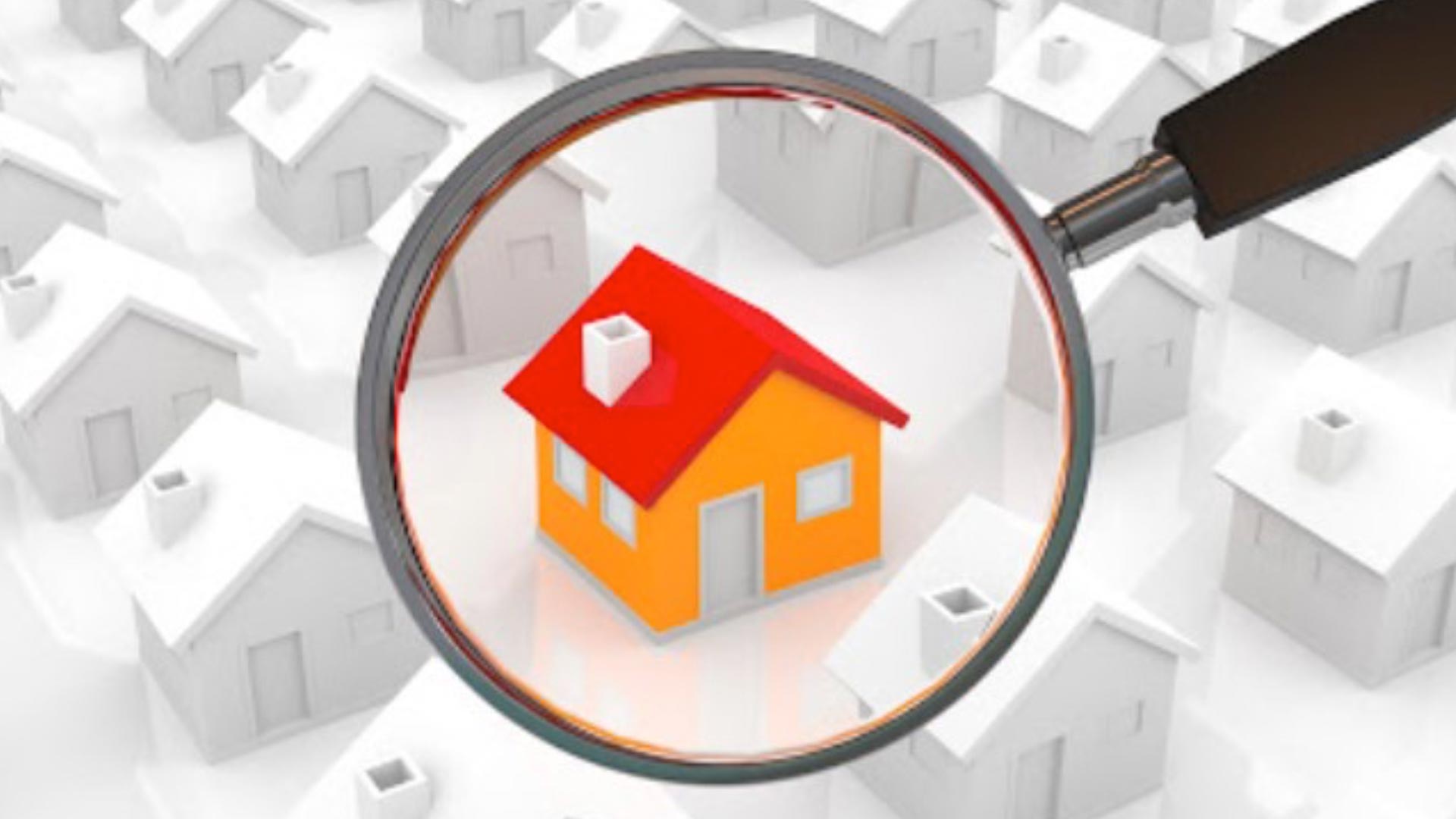 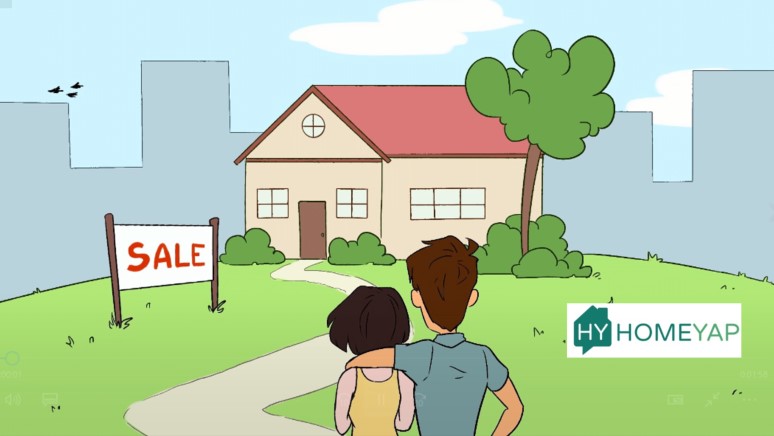 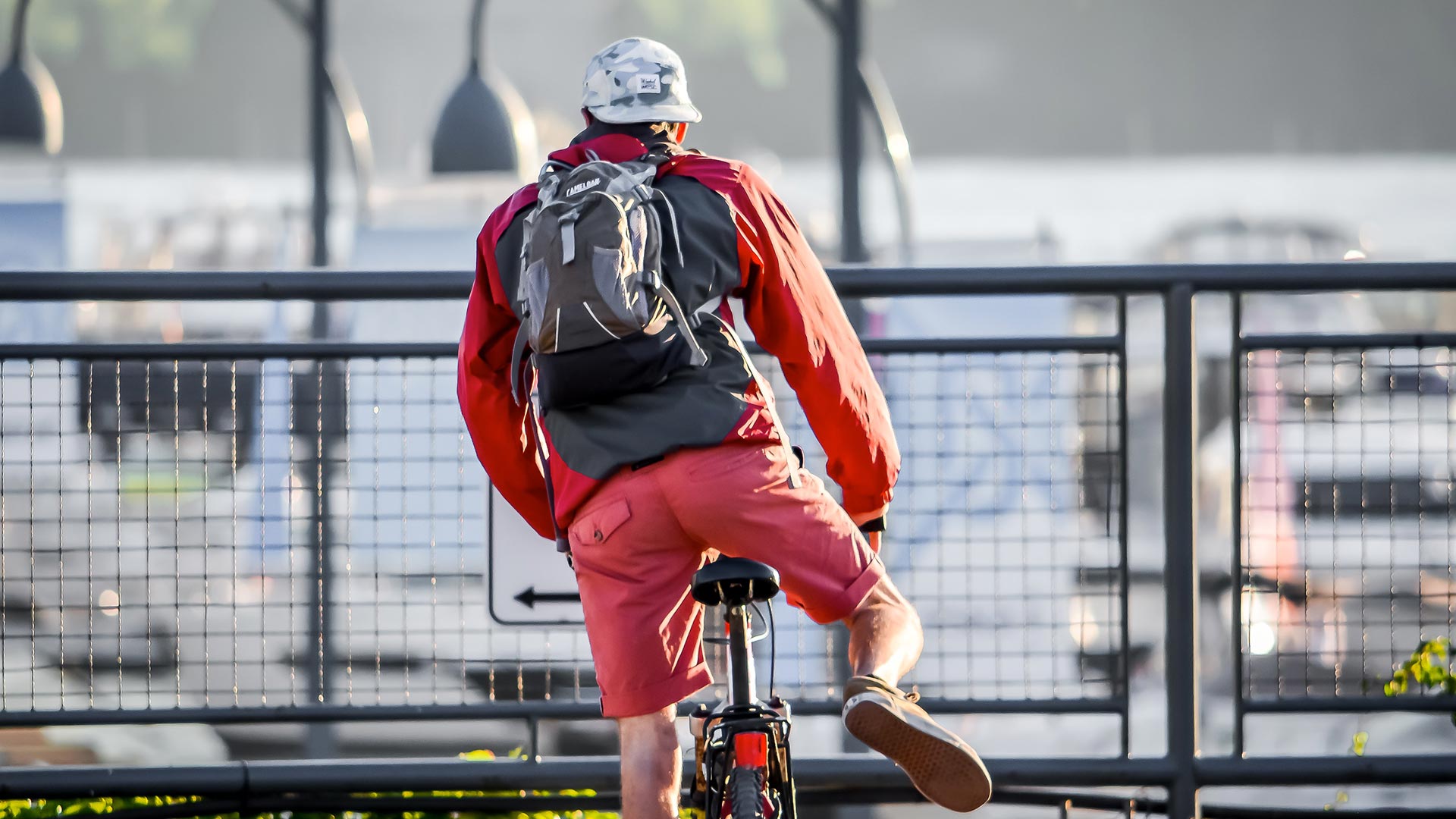 The confluence of the recent car-free trend and Covid-19 will lead to some big changes in home buying preferences.